Co-op gaming on the couch or over the coax 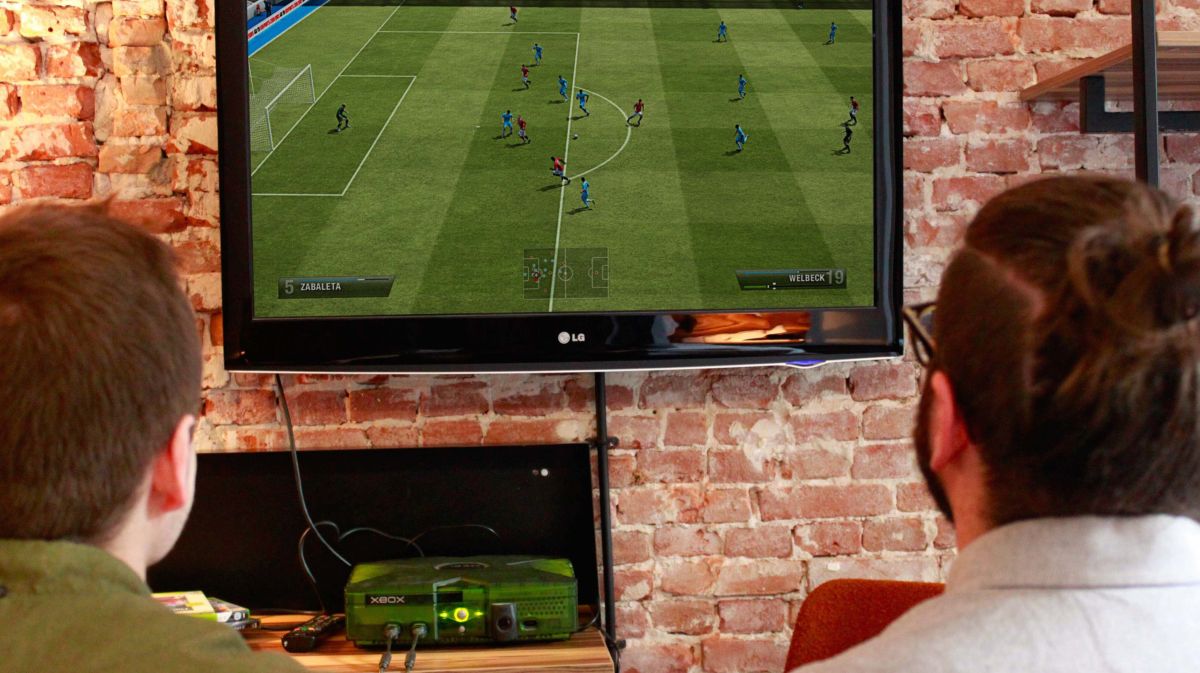 Update: Want to team up with friends to break down walls and snipe random people on the Internet? Don’t we all. Rainbow Six Siege has been added as number 8 on our list!

Sometimes, solo play just isn’t all that fun, and there are times we simply want human companionship to create goofy memories, or to get past difficult puzzles and tough bosses, in our games.

That’s where co-op games come in: you can gather up a few friends and trek through a forest together in search of treasure, rid the streets of zombies or unlock special items that can’t be accessed on your own.

Here are eight awesome co-op games that you should be playing now locally or online with your buddies at hand.

Gabe Carey has also contributed to this article 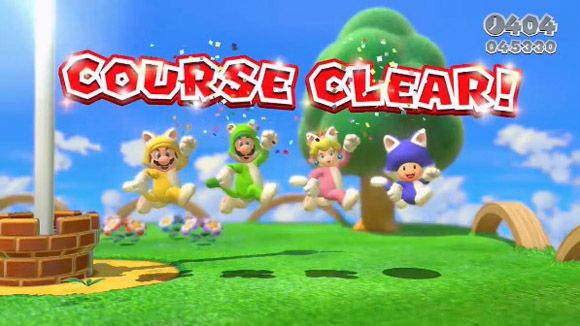 OK, so this is a Nintendo Wii U exclusive. So what. This platformer is an awesome romp with up to four players who can choose to play Mario, Luigi, Princess Peach, or Toad (there’s a fifth you can unlock too).

Each character has its own traits, and together, players must collect stars to unlock additional levels and worlds in an effort to save all seven Sprixies from the always-troublesome Bowser. The gameplay mixes free-roaming with platformer mechanics, offering some exploration of the new Sprixie Kingdom while the clock continues to tick.

Additional gameplay is offered through the Wii U Gamepad, like blowing onto the microphone to reveal hidden items – sweet. 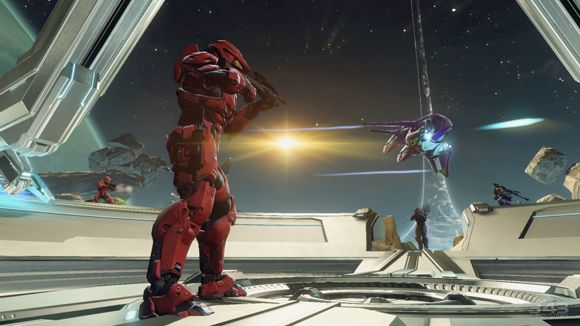 Whether you’re fighting off Brutes with a shotgun or cruising around in a Warthog taking out Grunts, the Halo series is undeniably leagues more enjoyable with friends. And while the latest entry in the franchise, Halo 5: Guardians, notably omits couch co-op functionality in favor of a central online focus.

Nevertheless, you can experience co-op both locally and over broadband in the Halo archives, lovingly packaged as The Master Chief Collection on Xbox One. It compiles Halo: Combat Evolved, Halo 2, Halo 3, and Halo 4, along with all of their respective DLC on a single disc or download.

What’s more, a 1080p upscale of the fantastic Halo 3: ODST can be added on for 5 bucks as if $35 wasn’t enough of a bargain already for nearly an entire blockbuster game series. 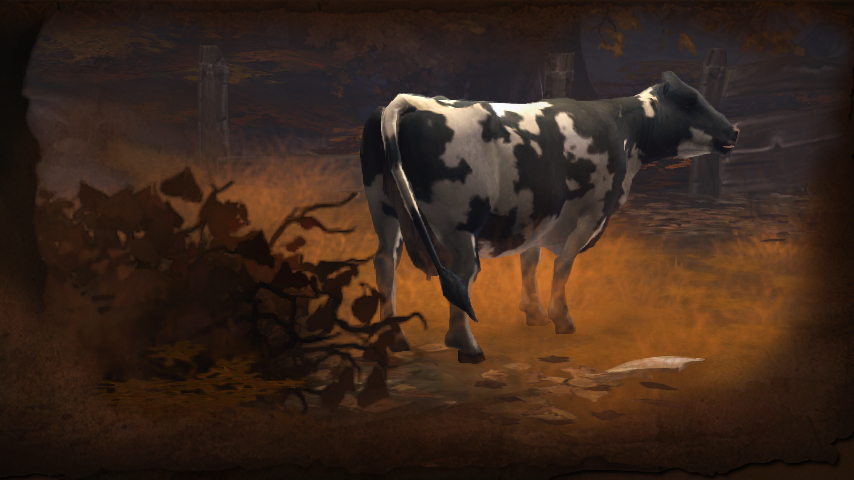 This was originally launched on the PC back in 2012 by Blizzard Entertainment, but it’s now also offered on the two Xbox and PlayStation consoles with the Reaper of Souls expansion pack included.

It’s an action-packed role-playing game (RPG), allowing players to choose from six different classes – the Witch Doctor, the Barbarian, the Wizard, the Monk, the Demon Hunter and the newly-added Crusader – and embark on an adventure spanning five Acts to defeat both Diablo (Acts I to IV) and Malthael (Act V), the Angel of Death.

The game includes an adventure mode outside the main campaign that allows players to roam through every available region in the game to collect loot. On the consoles, Diablo III is playable with friends both online and offline, whereas the PC version is online only (a sore spot with many PC gamers).

Oh, and you can kill armed, sentient cows in the game – ’nuff said. 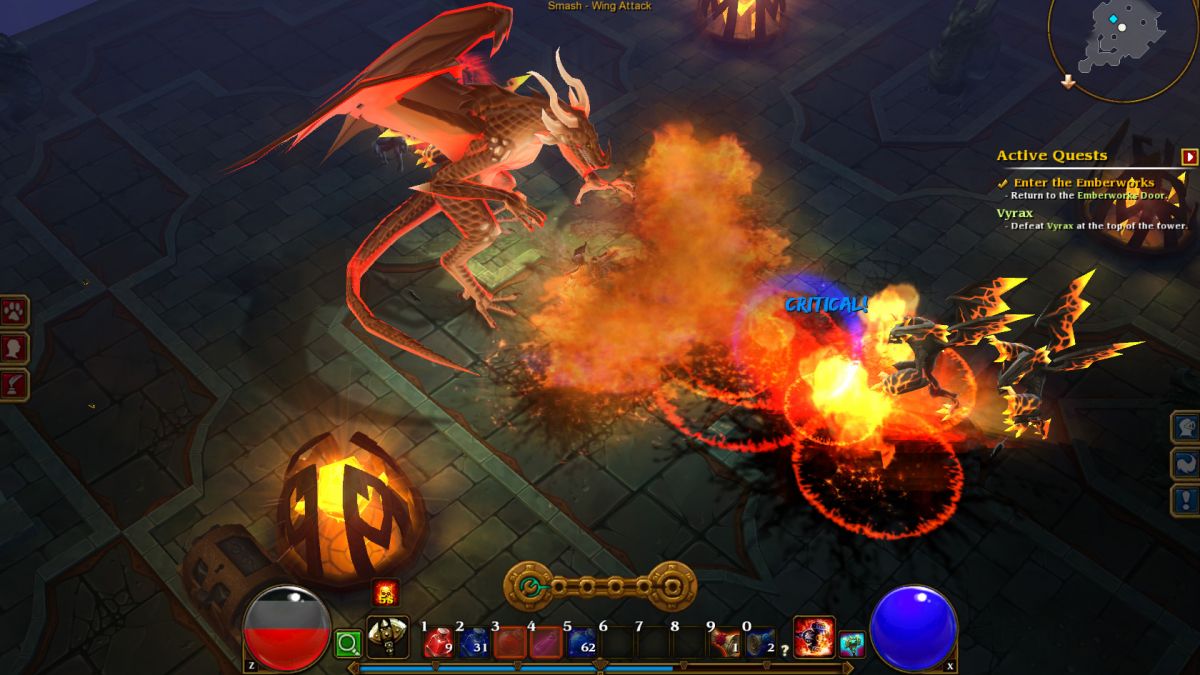 Here’s another action RPG, although this one is developed and published by Runic Games for Windows, Mac OS X, and Linux. The studio listened to feedback generated from the first installment and added an all-new co-op multiplayer mode in this sequel that supports both LAN and Internet play.

Gamers choose from four classes – Engineer, Outlander, Berserker, and Embermage – that consist of three skill trees. Each dungeon is randomly generated, so that each visit seems unique upon entering.

The overall objective is to stop the Alchemist, who is disrupting the balance between the six elements by using the power of an ancient evil creature known as Ordrak. Each multiplayer game can host up to six players, making this a fun co-op adventure for loot and glory. 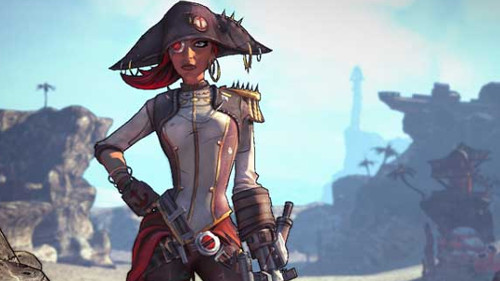 At its heart, Borderlands 2 is a shooter, but it offers RPG elements such as gaining experience and leveling up your character. Developed by Gearbox Software and published by 2K Games, players set out on a quest to take down Handsome Jack, the president of the Hyperion Corporation who is controlling a new resource called Eridium in order to rule over Pandora.

Six playable characters are offered in the game, two of which can be obtained by purchasing downloadable content. The game is a riot overall, and provides plenty of virtual territory for exploration with friends. Players can pick up randomly generated loot from fallen enemies, purchase gear from local shops, and so on.

The game allows up to four friends via invites, or up to four random players via the matchmaker, in a single game. Borderlands 2 is available on multiple gaming platforms. 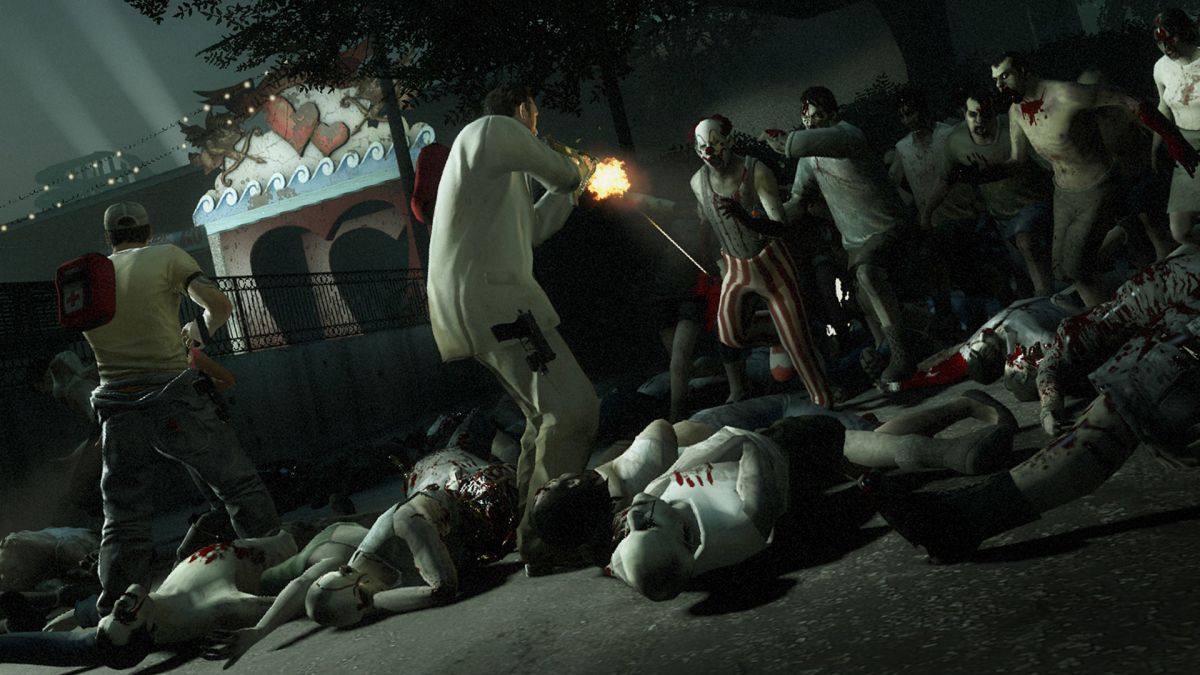 Here’s another co-op multiplayer shooter, this time from Valve Software. Available on the PC, Xbox 360, Mac OS X, and Linux, players team up with three other gamers to plow through zombies infesting the city. The main objective for each round is to fight your way to the campaign’s end, stopping along the way at safe houses that serve as checkpoints.

There are five campaigns in all spanning across Savannah, Georgia to New Orleans, Louisiana, and the gameplay will supposedly adjust itself to match the players’ overall performance. There are four characters to choose from that have their own unique set of traits: Coach, Nick, Rochelle, and Ellis.

There’s also an overall story offered in Left 4 Dead, but when you’re playing alongside friends, it tends to take a backseat as you fight to stay alive. This is a massively fun shooter that can be played with friends locally or online. 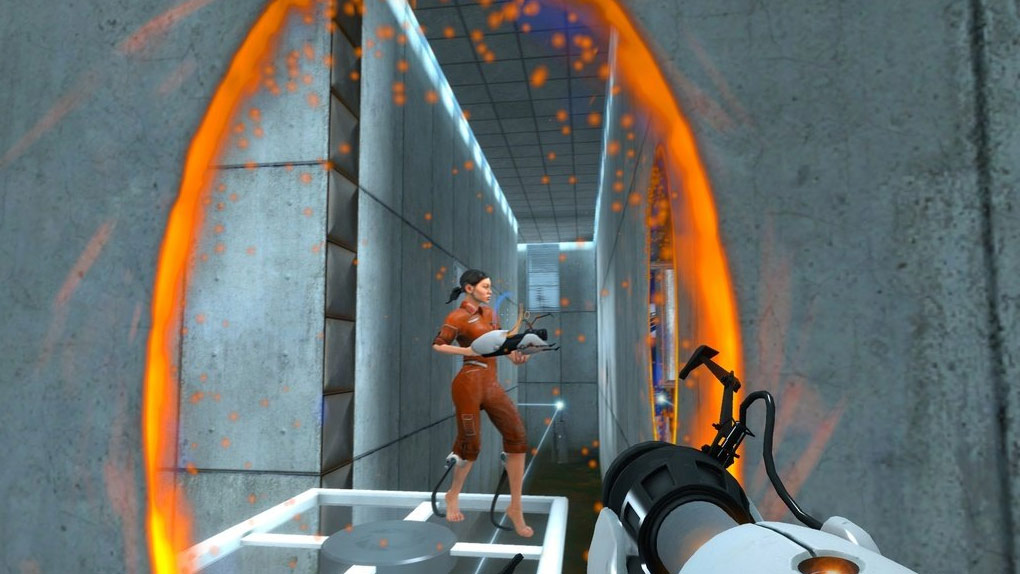 This is another of Valve Software’s first-person shooters, although you’re really not shooting anything alive. Instead of a laser rifle, players equip a portal gun that shoots wormhole-connected openings, or portals, on flat surfaces.

It’s a puzzle platformer game at heart, requiring the player to think about how to move onto the next room using these portals. That said, this may be an ideal experience for multiple players as they talk out where a portal should go and when.

In the multiplayer mode, which takes place after the single-player campaign, two players assume bipedal robots named Atlas and P-Body that have their own portal guns. The object is to locate The Vault, which contains humans stored in stasis.

Naturally, the artificial intelligence GLaDOS keeps them busy, testing their puzzle skills along the way. Portal 2 is available on Windows, Mac OS X, Linux, the PlayStation 3, and the Xbox 360. 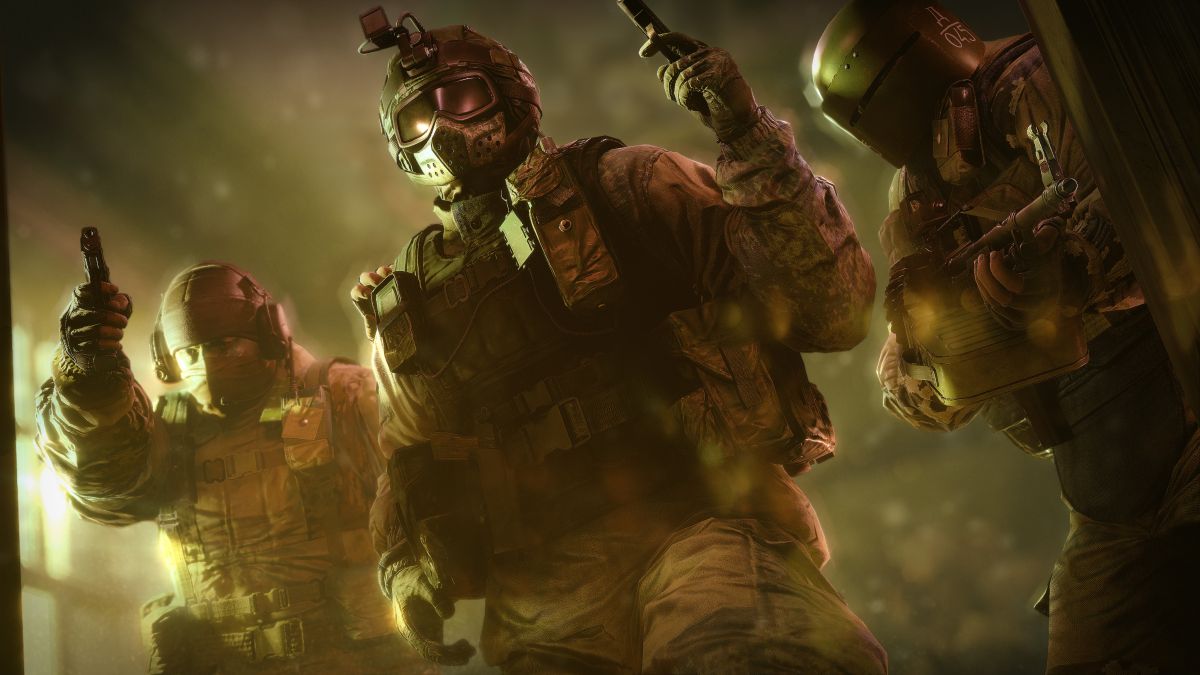 Even if you’re not the type to rack up headshots every evening after work in Call of Duty, don’t be so quick to write off Rainbow Six Siege as “just another competitive first-person shooter.” It’s not. Ubisoft has come a long way in realizing the Rainbow Six series’ potential. With the advent of online gaming, the publisher was able to take teamwork to an entirely new level with Siege.

As our friends at PC Gamer said in their review, Rainbow Six Siege is “more dating sim than twitch test.” While the game is mostly about cultivating brief yet unforgettable relationships with other players in fully destructible environments, it also requires a fair share of planning. Because of the limited resources you’re given in each mission, it’s essential to keep communication purely tactical in order to take down the opposing side.

Unfortunately there’s no real story or local co-op element to speak of here, but if you’re interested in joining up with a few buddies online for countless hours’ worth of strategy-focused competitive gaming, Rainbow Six Siege is a safe bet. 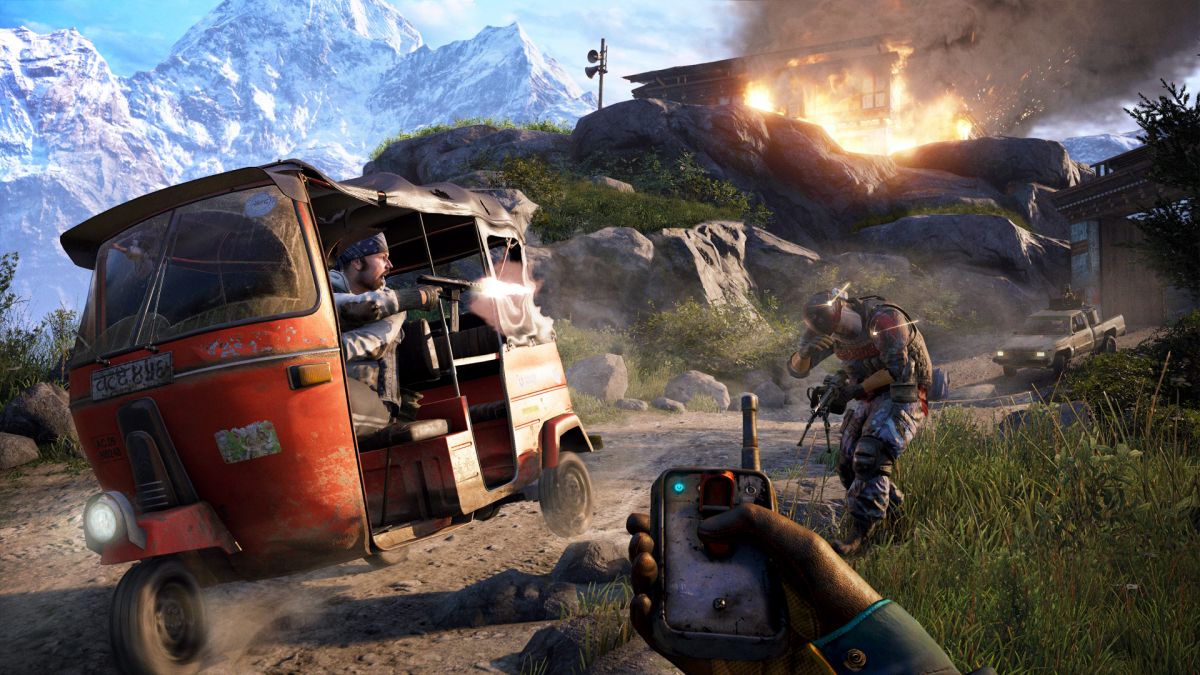 This is an open-world shooter developed and published by Ubisoft and launched in 2014. The main setting is a fictional Himalayan country called Kyrat and centers on Ajay Ghale, who is caught in the middle of a war between the Golden Path rebel movement and Kyrat’s Royal Army.

Thus, players are not only faced with fighting off the local wildlife, but enemy soldiers as they explore the surrounding mountains and forests. The co-op multiplayer portion, called “Guns For Hire,” supports two players, and is not part of the main campaign.

However, the two players can roam the countryside and raid outposts they discover. Players take on the role of a Golden Path member or a Rakshasa, the former of which can carry explosives and drive armored vehicles while the latter can teleport and summon wildlife. Far Cry 4 is available for the PC, the Xbox consoles, and the PlayStation consoles. 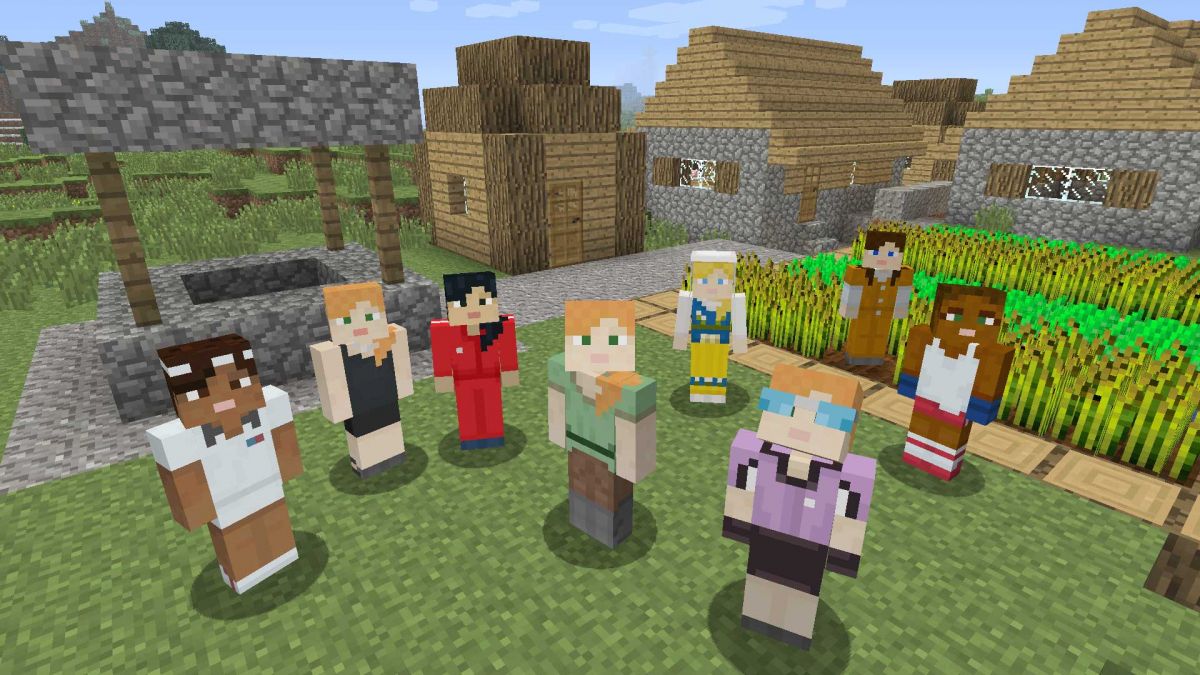 You knew this would make the list, right? It’s the ultimate co-op experience, allowing players to grab blocks and build worlds together that are only limited by imagination. The beauty of Minecraft is that it can be played co-operatively across different platforms, such as the main world residing on Windows 10 and others jumping in using an Android or iOS device.

Of course, you can go hardcore and join the numerous PC-based Minecraft servers seeded on the Internet using the original Java-based version of the game. And the creations you can find are simply mind-boggling, ranging from the reconstructing of actual cities to a full-scale Starship Enterprise-D from Star Trek: The Next Generation. 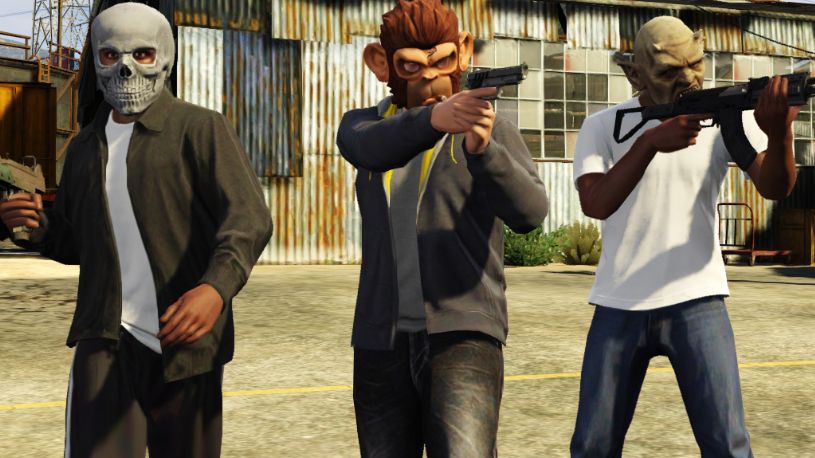 Back in 2013, Rockstar promised online Heists as a highlight launch feature for its mega blockbuster, somehow still bestselling week-by-week Grand Theft Auto V. Unfortunately, in the modern games industry, “launch feature” is a loose term in a world where any developer can just patch stuff in later.

When the Heist missions finally did arrive in GTA Online in 2015, however, they were undoubtedly welcomed by an otherwise frustrated community. Mostly consisting of four-player cooperative multi-part tasks, Heists were not only a blast to play with a small group of buddies, but it was also quite lucrative with its virtual compensation.

Gnabbing some in-game cash without it feeling like a chore? Who woulda thunk it.