Once you get past the ridiculous name, the Cenovo King Kong comes across as an adequate replacement for a full-size desktop PC thanks to excellent connectivity and an integrated webcam.

Sometimes, you do wonder what motivates Chinese manufacturers to adopt frankly risible names for their products. Perhaps an attempt to differentiate themselves from the rest of the competition or, more often than not, sheer bad luck.

Take the Cenovo King Kong Mini PC – other than the company’s name (and logo) being dangerously close to Lenovo, the fact that its product is called King Kong will likely provoke hilarity amongst system buyers.

The King Kong is certainly not a bad piece of kit though, with a design that reminds us of the Logitech ConferenceCam. It’s actually a well thought out device, offering some nifty features that differentiate it from the rest of the competition at this price point.

At just over £140 ($175, about AU$230) from online retailer Tinydeal, it is a surprisingly good deal considering you get an original Windows 10 Home license. Even better is the fact that Tinydeal operates a wholesale scheme which means that the more you buy, the more you save.

(These costs are exclusive of any taxes that may be levied by HMRC or the courier companies on behalf of the outlet. Want to buy tech from online Chinese retailers? Read this first.)

The Cenovo King Kong adopts a tower-style form factor (albeit one that’s 120mm high), which allows it to occupy a smaller footprint (77 x 77mm), far less than the likes of the Voyo V3 Mini PC which opts for a flatter shape. 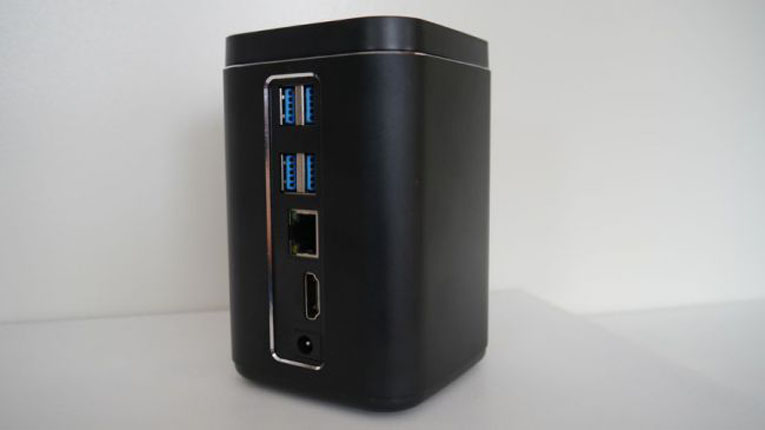 That allows the King Kong to offer a wider range of connectors. There are four USB 3.0 ports with a 10/100 Ethernet connector, and an HDMI port at the back; a microSD card slot and an audio connector can be found on one side. They are all surrounded by a nice silver edge, a small but stylish touch.

While we appreciate the USB 3.0 ports, not having a Gigabit Ethernet connector is a serious let-down. The power button is located on top of the device and nicely blends with the top surface – a blue ring glows when the PC is on and turns red when it is switched off or in sleep mode.

On the front of the King Kong you’ll find the Cenovo logo as well as a decent-sized LED panel that displays the time even when switched off (syncing perfectly with the OS).

And uniquely amongst devices at this price point, there’s a front-facing 2-megapixel webcam – albeit a fixed one – with a microphone.

The quality of the webcam was just fine under normal office lighting conditions (i.e. cool lamp overhead) but the microphone’s sensitivity could be better especially in busy areas. The entire PC is powered by a tiny 15W (5V3A) power supply unit

Build quality is excellent as well. The plastic material used by the manufacturer is solid and doesn’t flex, and although we were dubious about the device’s ability to hold its own when laden with cables at the rear, the PC managed to maintain its stability throughout our hands-on review. 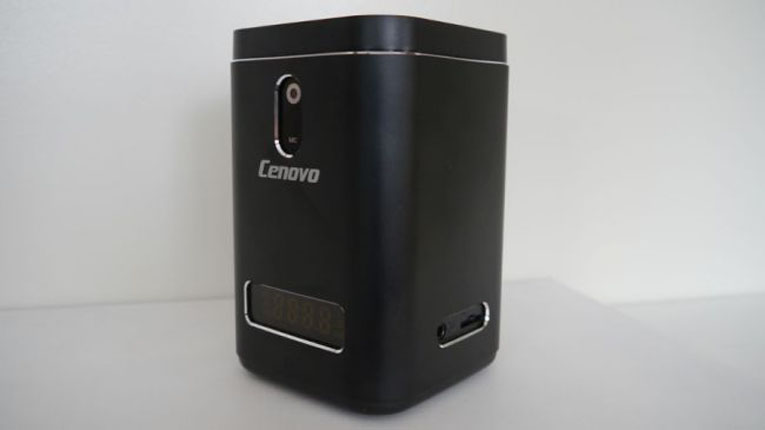 The innards of the King Kong consist of a set of familiar components: the Intel Atom x5-Z8300 quad-core CPU based on the Cherry-Trail architecture and clocked at 1.44GHz, along with 4GB of DDR3 RAM and 64GB onboard eMMC storage. You also get 802.11n Wi-Fi and Bluetooth 4.0 for wireless connectivity.

In use the device warms up a fair bit, and that’s because, unlike the competition, the King Kong uses plastic with very few gaps for the air to circulate.

The only openings are at the bottom of the device which makes air circulation problematic and forces the system fan to work extra hard, resulting in an almost constant (and slightly annoying) whirring.

The Cenovo King Kong proved to be an average performer. It failed to run Geekbench’s CPU benchmark – but notched 5298 points on its Compute test – and delivered surprisingly low scores on the popular PassMark tests (383.6 and 668.8 respectively), about half what the competition achieved with a similar hardware configuration.

The Mini PC achieved 254 points and 912 points respectively on CPU-Z single and multi-thread tests, as well as 11.23 fps and 101 points on CineBench’s OpenGL and GPU benchmarks.

The device proved to be particularly noisy during benchmarks, which isn’t surprising as tests tend to stress both the CPU and GPU, but fortunately, we didn’t detect any noticeable slowdown during our short time with the device.

Unlike a lot of the competition, Cenovo’s Windows 10 went through the whole process of asking for details (name of PC, user name) rather than just logging straight to the desktop with a default ‘admin’ login. 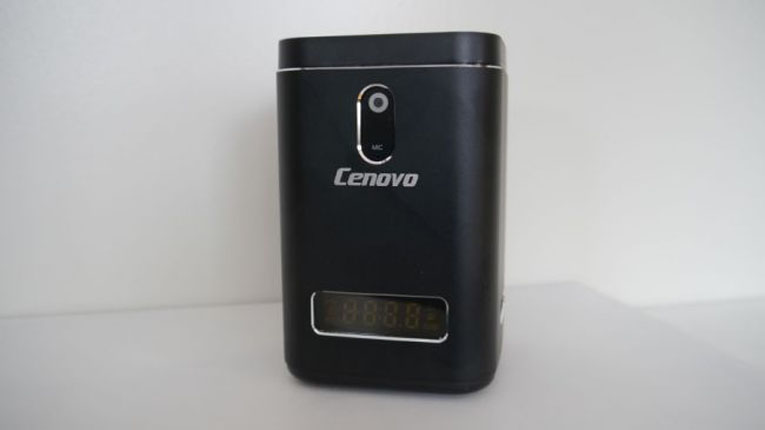 Overall, this is a likeable piece of kit but one that deserves a better design. The addition of a few air vents on the top might help to solve the cooling issues, and that would be very helpful in terms of mitigating the fan noise which often interfered with the integrated microphone on the PC.

The device is big enough to envisage a completely passive, fanless operation, although that might entail moving to a different heat-conducting material, or at least positioning the hottest components next to one.

All-in-all, we’d like to see the market come up with more products based on this form factor – especially if they come with an integrated webcam.

The King Kong could prove to be a boon for small and medium businesses looking for a more powerful, more versatile and cheaper version of the Chromebox, with the added bonus of having an integrated camera.

A device that can convert an entire room into a conference room within seconds is not one to be ignored, especially at this price. And given the asking price, it might well be worth buying a few devices to avoid encountering any significant downtime should one break down.