Zenfone 3 Deluxe represents a major upgrade to Asus’ spelling-challenged smartphone series with a component design and specs you won’t find on any other Android today.

The phone is making a name for itself with 6GB of RAM, when the best phones in 2016 so far top out at 4GB of RAM. You should be able to open more apps on its 5.7-inch display without slowdown.

Yes, the ZTE Axon 7 was just announced to have a 6GB of RAM variant, but it wasn’t shown off at its Beijing launch event next to its still-very-promising 4GB version. I could test the Asus Zenfone 3 at Computex 2016. 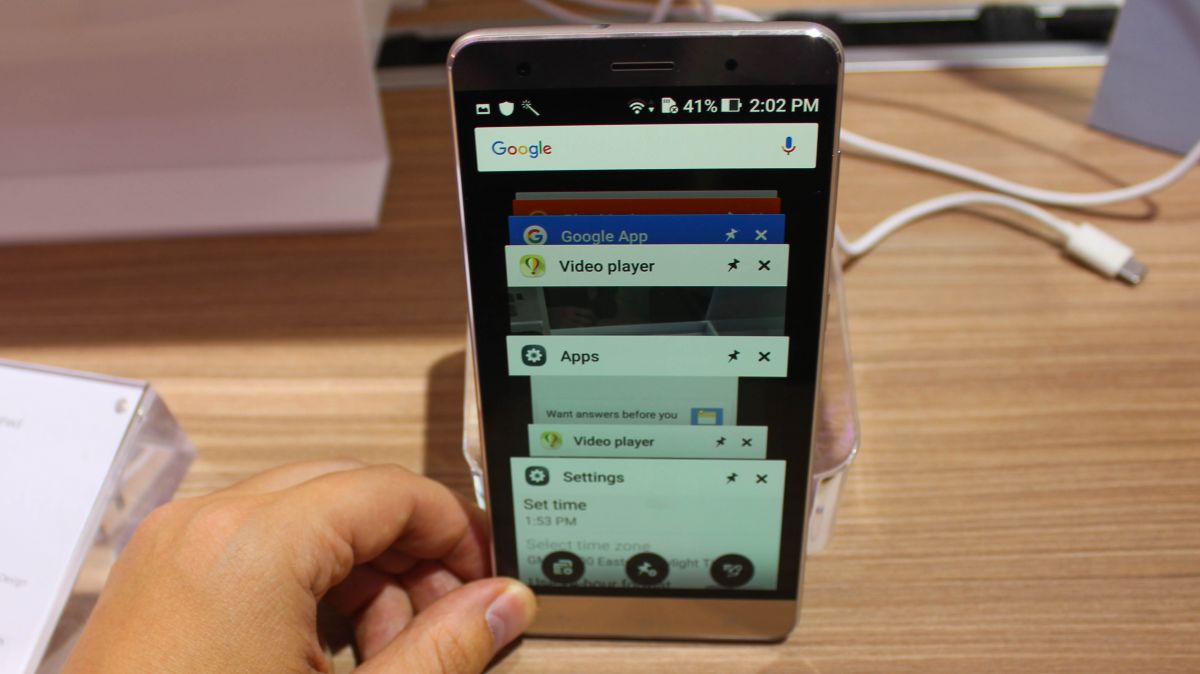 It also includes the latest Snapdragon processor, starts with 64GB of internal storage and includes a 23MP camera, all of which are impressive numbers on paper.

But do these Asus Zenfone 3 Deluxe specs compute into anything meaningful? The release date isn’t for several weeks, according to Asus, so I went hands on with the forthcoming Android 6.0 Marshmallow phone while in Taipei, Taiwan to determine find out more.

The Asus Zenfone 3 Deluxe is being touted as the world’s first full-metal unibody phone with an invisible antenna design, and that’s technically true. 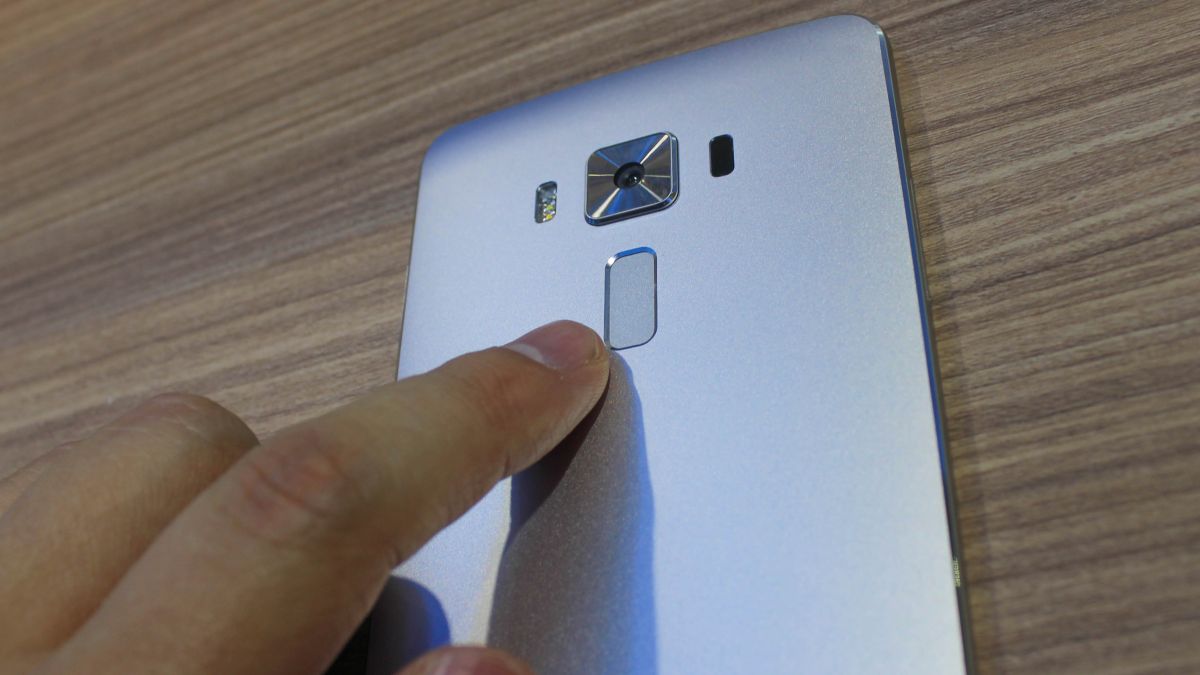 It beats Apple’s iPhone 7, rumored to be anti-antenna lines too, by three months, and the new LG G5 has a gap meant for modular add-ons; it isn’t really unibody. Samsung Galaxy S7 is made of glass.

That leaves the Zenfone 3 Deluxe to steal some thunder with a sleek look of its own. I like the full-metal body and the seamless unibody design, and the invisible antenna lines are a nice perk.

What’s more important to me than any of that, though, is the fact that the phone does away with the plastic that made last year’s Zenfone 2 design downright unlikable. I dug the specs and the software customization, but it felt cheap. Like, not even good plastic. This new design begins to right that wrong.

The power button and volume rocker are now on the right side (instead on of the back), but there’s an oddly shaped rectangular fingerprint sensor on back. You don’t actually press it in. There’s still capacitive soft buttons for home, back and recent on the front, going against the trend of using purely on-screen buttons. I tend to like my buttons always being at the ready like this and not sometimes vanishing at the worst possible moments. 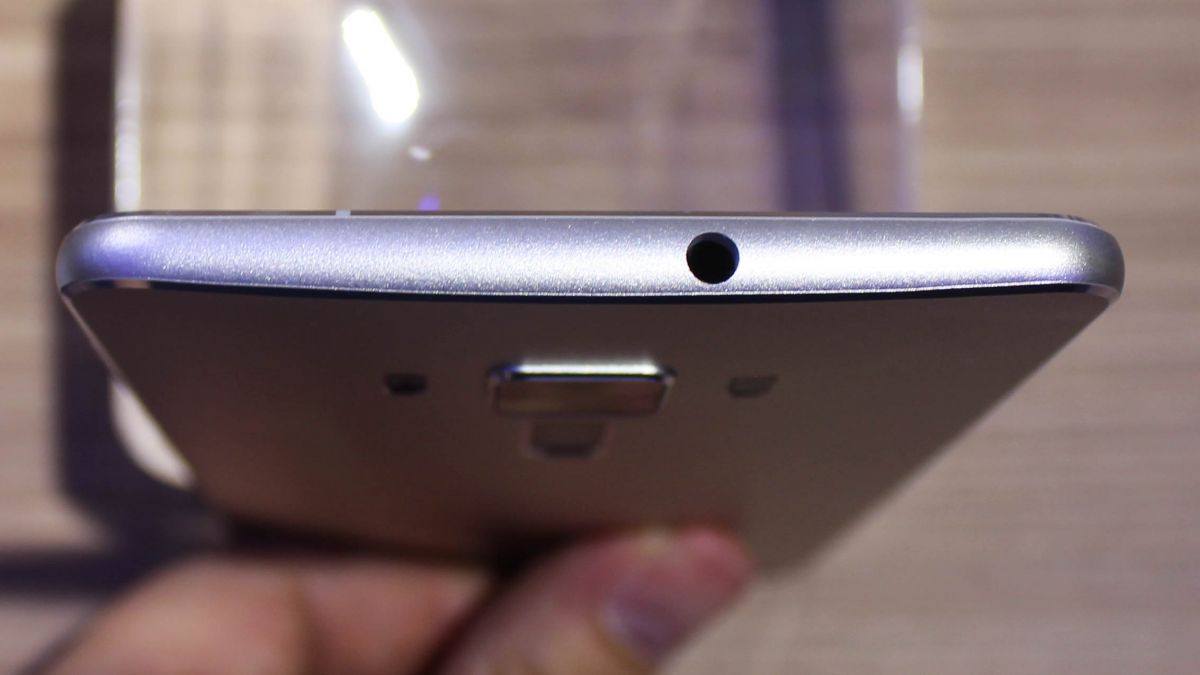 I had a big problem with Zenfone 2’s top-mounted power button, which I described as “squishy.” I’m happy to report than while the Zenfone 3 Deluxe side-mounted buttons feel a bit shallow, they’re at least clicky. This is all the more important now because the Deluxe camera can be launched by hitting the volume down button twice when the phone is asleep.

Like a lot of phones in 2016, it pivots to USB Type-C, sticks with one speaker (but of course promises stellar audio, according to the company’s marketing efforts) and comes in three colors: Titanium Gray, Glacier Silver and Sand Gold.

Asus Zenfone 3 Deluxe has a spacious 5.7-inch screen that competes with the Samsung Galaxy Note 5 in size.

Its large Super AMOLED panel takes on a 79% screen-to-body ratio. That means less bezel and more screen space to work with. 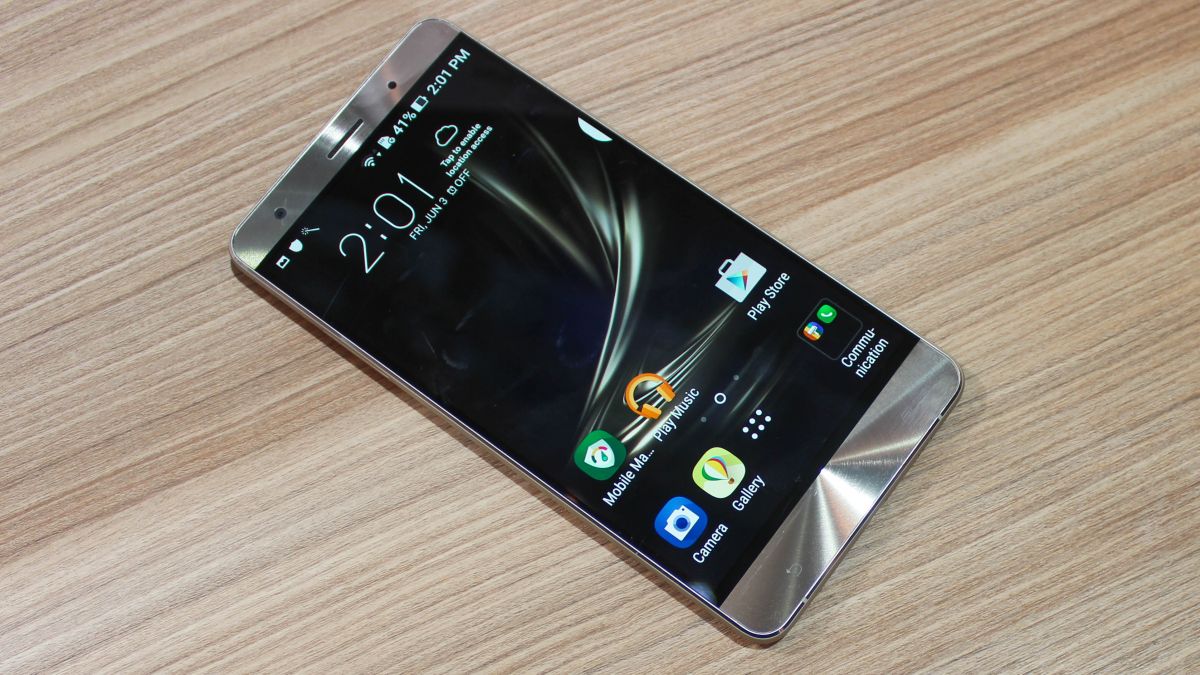 Under the Computex lighting, it also appears to be brighter, fixing be biggest issue I had with the Zenfone 2. Taking last year’s phone outside snap photos was a headache due to its dull screen; I couldn’t see what I was shooting and just hoping the photos turned out okay (they didn’t, last year’s camera was also mediocre).

I’ll have to test it outdoors in a full Zenfone 3 review soon, but the brightness seems to have been ratchet up thanks to the new AMOLED display. 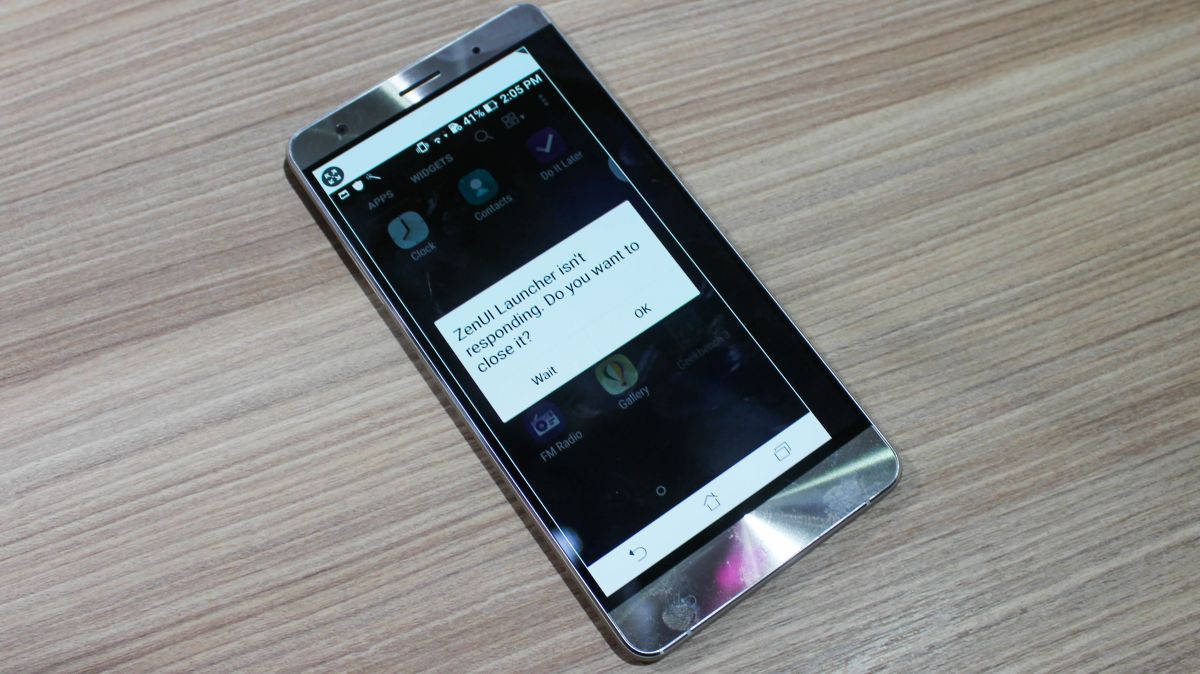 What remains, though, is the same is 1080p resolution. You won’t find a pixel-dense quad HD (aka 2K) panel like the Android rivals that Asus is trying its best to mimic.

I’m okay with Full HD 1080p displays on phones of this size, but the company does appear to be working on an Asus VR headset.

As I experienced with the Huawei VR headset, 1080p can be problematic when the screen is sitting two inches from your face.

The specs behind the Asus Zenfone 3 Deluxe, not the screen, is what really pops. On paper, it matches and exceeds almost all of the phones I’ve tested – again, on paper.

Its 6GB of RAM is supposed to give you more breathing room to open apps and multitask without slowdown. Whether or not that happens is going to depend on how efficient it is at running the Asus-themed Android 6.0 Marshmallow operating system. 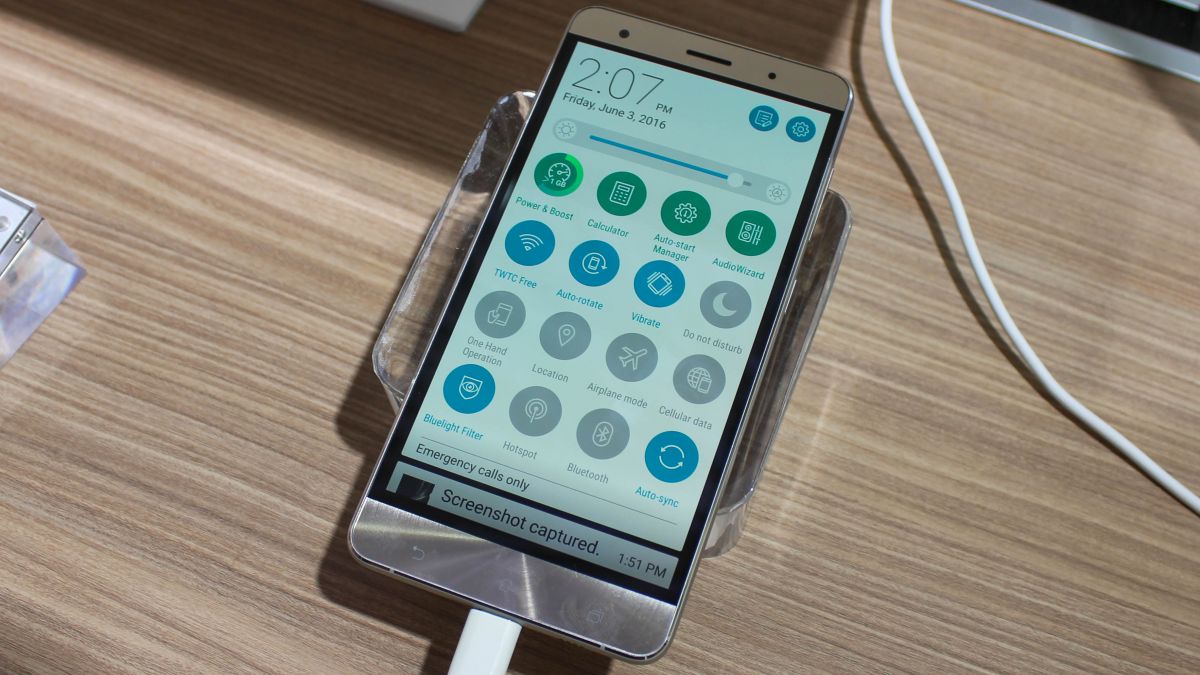 The Zenfone 3 is also future-proofed with the newest Qualcomm Snapdragon 820 processor and embedded Adreno 530 graphics chip that’s in almost every major Android phone right now (LG G5, HTC 10 and the US version of the Samsung Galaxy S7 and S7 Edge).

Running a quick GeekBench 3 benchmark test at Computex, before getting shooed away and told this is just a prototype, the phone was able to hit a multi-core score of 5,420, beating the US Samsung Galaxy S7 (5,398) score I logged when it first came out. 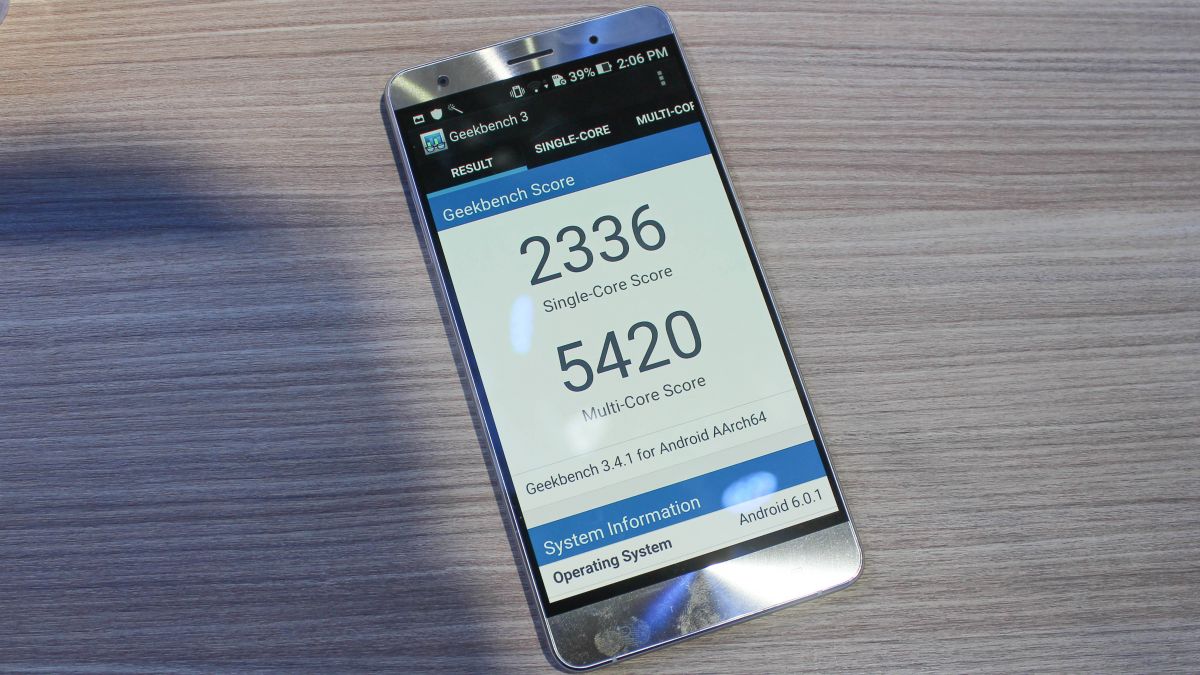 That’s still slower than the international Galaxy S7 (6,500) that is equipped with Samsung’s Exynos processor, but there’s a chance Asus can make those numbers better by the time the Zenfone 3 Deluxe launches.

I should note that the performance of the other new Zenfones won’t be better. Both the Zenfone 3 and massively sized Zenfone 3 Ultra have Snapdragon 600 series CPUs.

Asus is paying more attention to the camera with its two larger Zenfone 3 phones.

It cranks up the megapixels with a 23MP Sony IMX318 sensor for a camera that it dubs “PixelMaster 3.0.” Sounds more like a bad 90s screen name for a pompous camera guru. 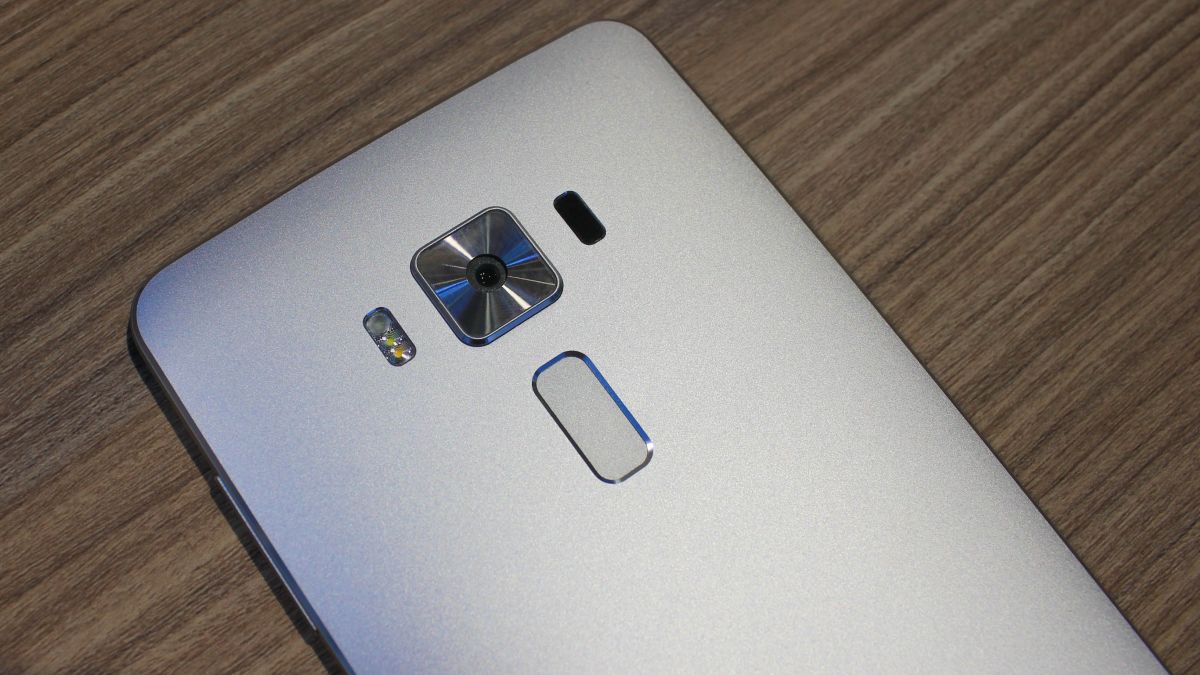 That translates to a f/2.0 lens that takes 0.03 seconds to autofocus. There’s optical image stabilization onboard for shaky hands and a dual tone LED flash for night shots.

Don’t let the high megapixel count fool you. The Samsung Galaxy S7 camera is the best in the biz right now and it’s only 12MP. It’s all about the quality of the sensor and post-processing, especially when it comes to low-light photos.

The Zenfone 3 can surely top the average murky-looking photos out of the Zenfone 2, and I can’t wait to see if it belongs in the 2016 class of really great Android phone cameras that beat the iPhone. I’ll be sure to give it a full photo test outside of Computex soon.

It’ll be interesting to see how the better specs of the Zenfone 3 affect the battery life when we get this phone in for a full review. 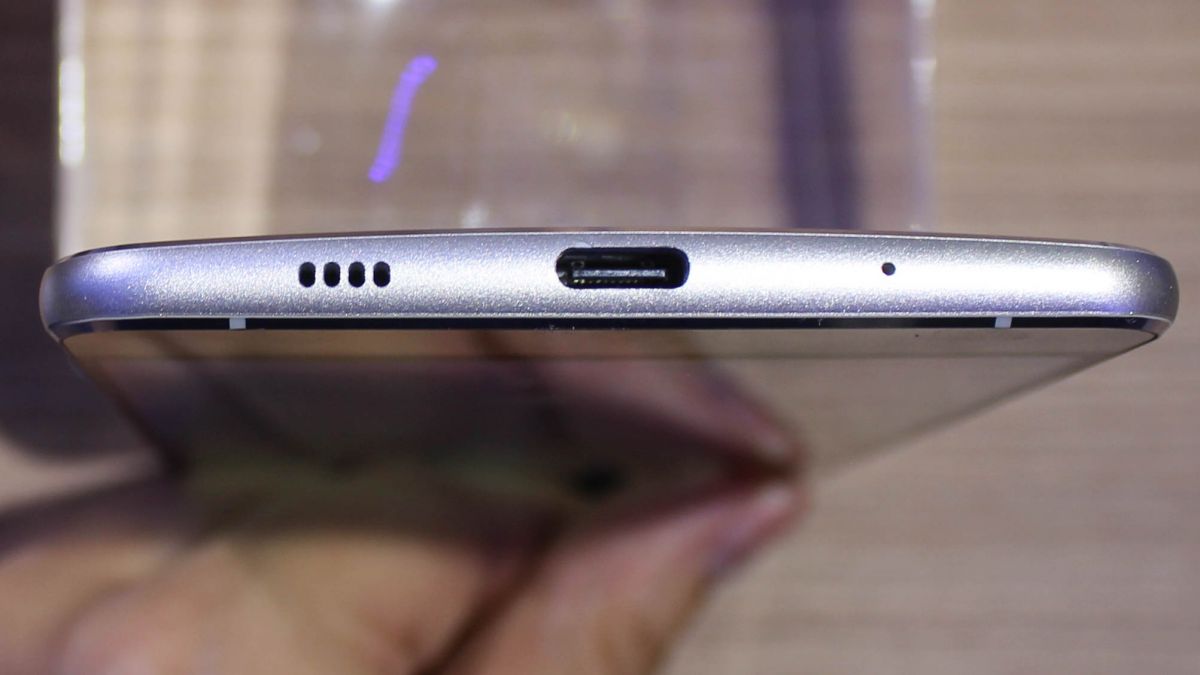 Right now, we know that the battery capacity is 3,000mAh and utilizes Quick Charge 3.0 for faster recharging.

Like megapixels, the battery life number can be deceiving, so it’ll take a few days of testing to see whether or not it meets the needs of power users over a full day’s time.

It doesn’t match the 4,600mAh battery of the 6.8-inch Asus Zenfone 3 Ultra, or have its reverse charging feature to power your other accessories with juice, but that phone is just a ridiculous monster that not everyone can manage. Asus Zenfone 3 Deluxe the faster performing, more reasonably sized variant.

The Asus Zenfone 3 Deluxe is the grown up version of the cheap Zenfone 2 I reviewed and easily broke a year ago. It’s now ready to play with the adults at the best Android phones table occupied by Samsung, LG and HTC. 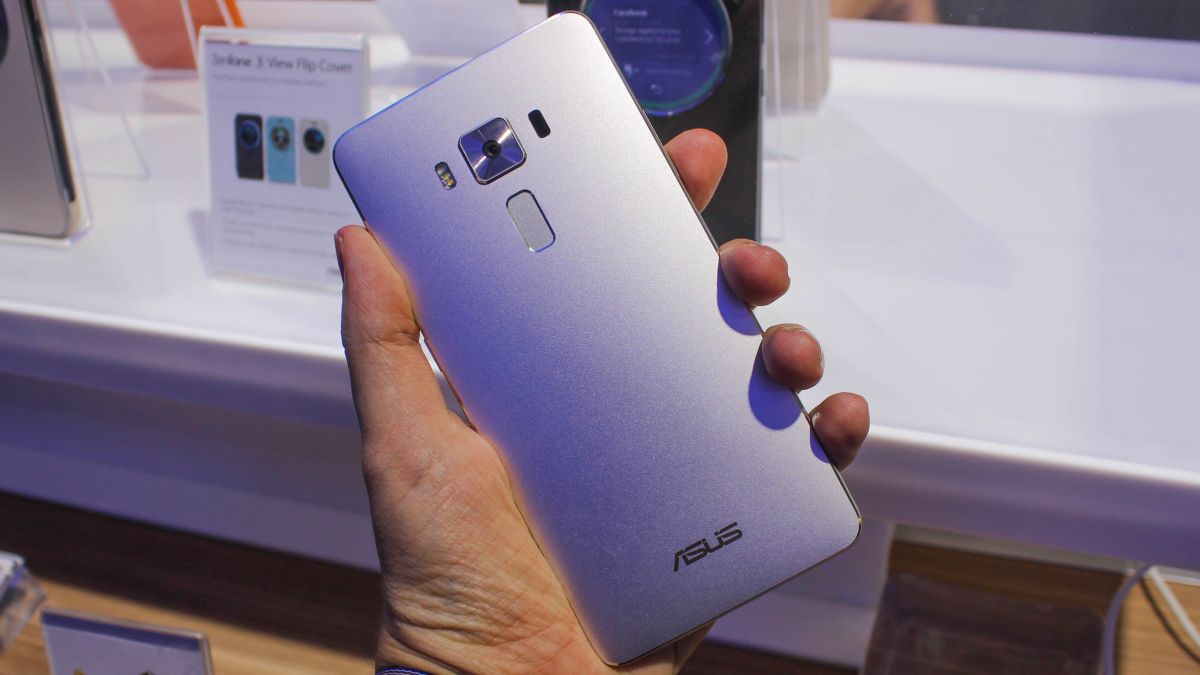 It’s a complete turnaround on the design, with an antenna-less full metal unibody, better feeling buttons and good bezel to screen ratio. The 5.7-inch AMOLED display looks bright, at least at Computex indoors.

There’s still a lot to test when it comes to the Zenfone 3. Does the 6GB really make a difference? Does this help or hurt its battery life? And how do the display brightness and camera hold up outside?

All of your burning Zenfone 3 questions will be answered closer to the phone launch date, when the hardware is finalized and testing it with Geekbeck 3 benchmarks won’t get you shooed away from the Asus booth.

0 0 0
Previous ArticleHands on: Voyo V3 Mini PC review
Next ArticleSix errors you should never make when buying a phone
Comments (9)