Moto Z modules: Here are all the confirmed MotoMods 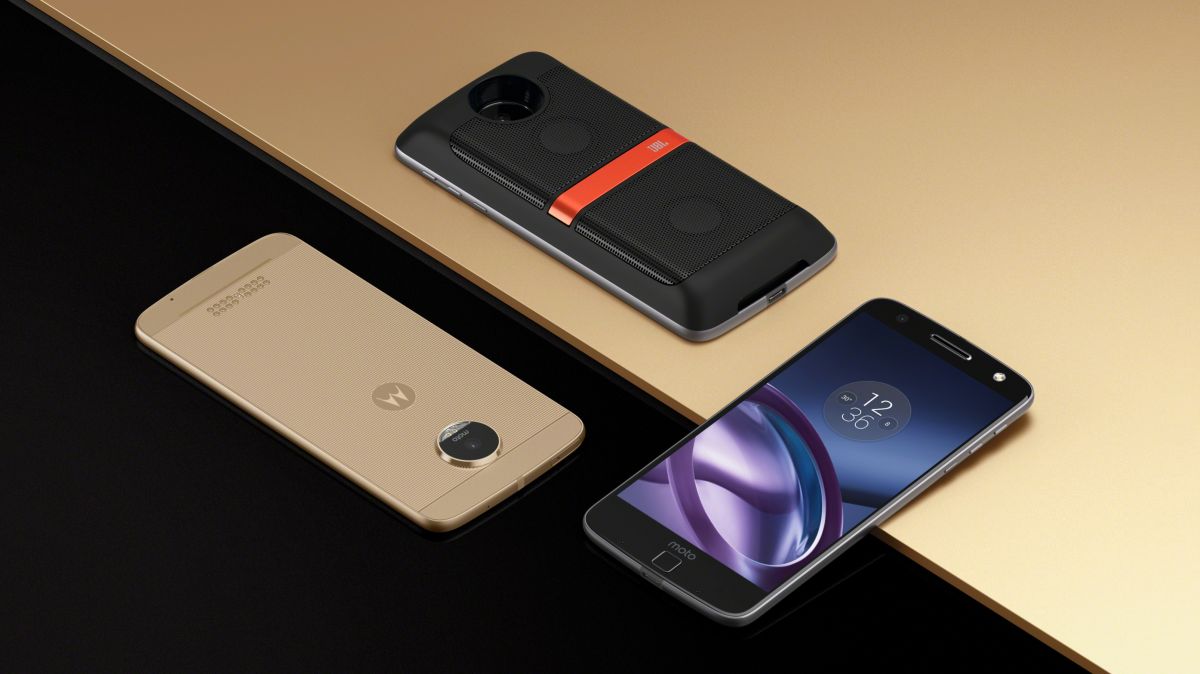 Lenovo and Motorola have announced MotoMods, the future-proof, snap-on extensions that can greatly expand what the Moto Z family of today, as well as tomorrow, is capable of.

Each MotoMod is similar to the next in that they all fit to the form of the Moto Z, but differ in the unique functionality that they bring to the table. So far, there’s one to amplify your tunes, one to project a movie onto the wall, and another just top off your battery.

Unlike the LG G5, which uses LG’s not-hot-swappable “Friends” line of modules, MotoMods are magnetized and don’t actually alter the build of the Moto Z itself. They activate by connecting to the pins on the back of the device a la Smart Connector on the iPad Pro.

There will be several MotoMods to choose from when the Moto Z and Moto Z Force release later this year, with many more expected to arrive within the months following its launch.

Here’s a breakdown of each and every MotoMod confirmed to be released this Summer. 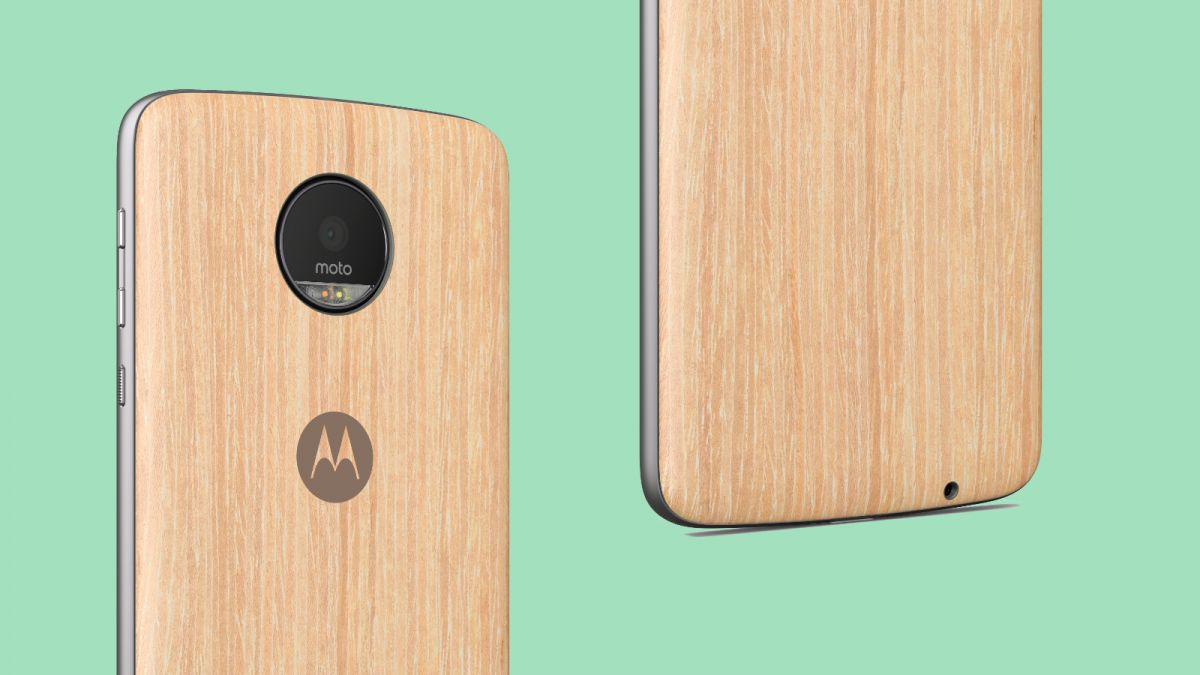 The Moto Z boasts a slick, aluminum chassis that is sure to impress, but in case it doesn’t, or if you just want to switch up your style from time to time, you can customize your own design to slap right onto the phone.

These look to be the thinnest MotoMods available by far, which makes sense since they don’t add any functionality to speak of. These are simply to cater to taste and at that, offer more than reason enough to exist at launch. 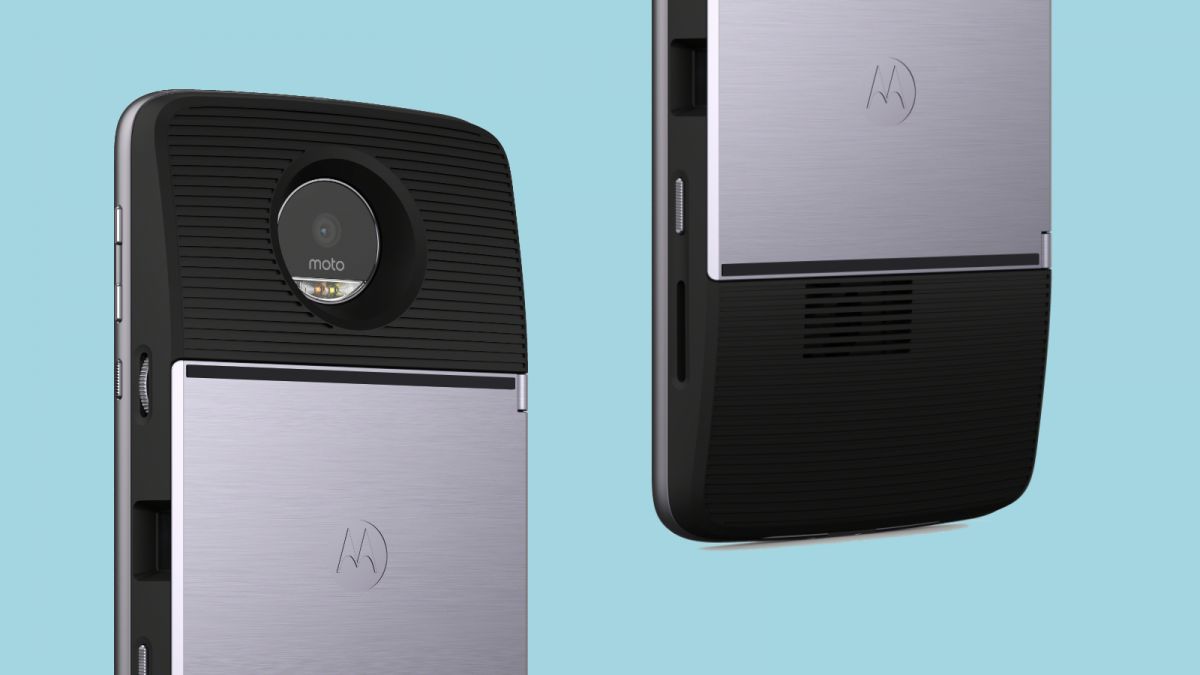 This is the moment where you can see Lenovo’s DNA mix with that of Moto. As we’ve seen, Lenovo loves to put projectors into its mobile products, including the Lenovo Yoga Tab 3 Pro tablet. So, it’s little surprise, albeit still a pleasant one, to find that the tech has made its way to the Moto Z.

Snapping on the Insta-Share Projector is a simple as the others, but offers totally different perks. A projector doesn’t require much explanation, but one that’s packed into a case-sized attachment is a different story.

This MotoMod can push out up to 70 inches of mobile content goodness at 854 x 480, 480p. Sub-HD is less than impressive, but it’s likely to improve over time in future MotoMods. Also, the Insta-Share Projector adds one hour of battery life to your phone. Not bad when you want to set-and-forget your phone. 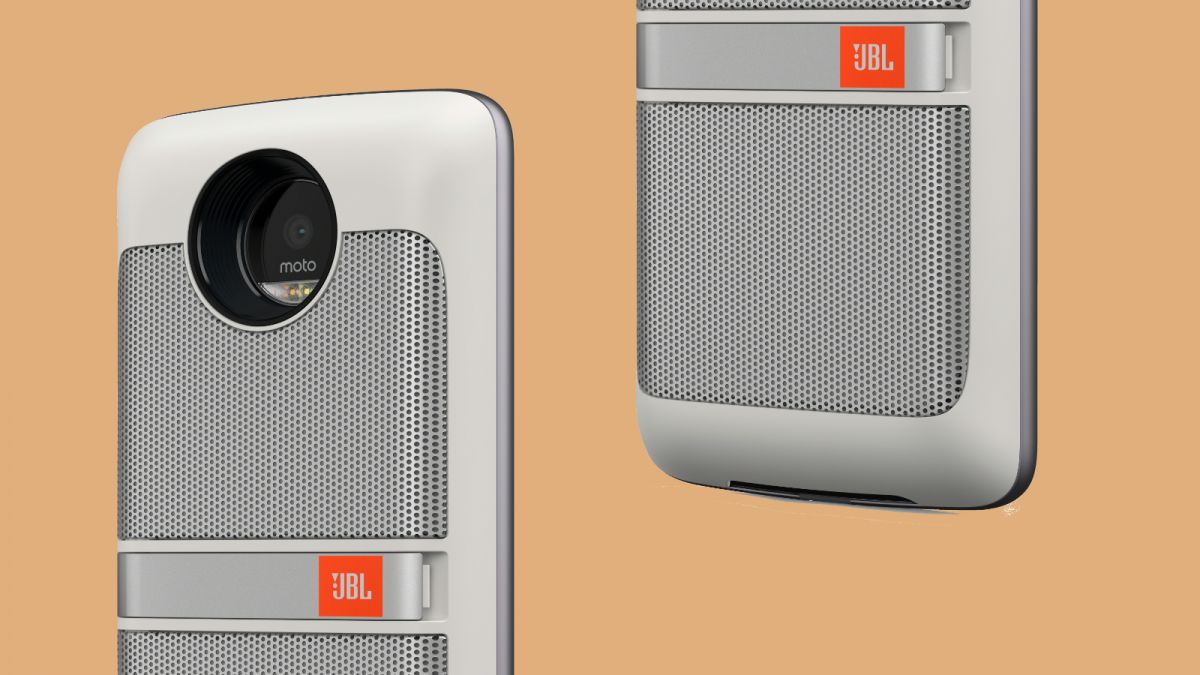 In terms of sound quality, JBL’s MotoMod seems to be the equivalent of slapping a Bluetooth speaker onto your phone.

At Lenovo Tech World 2016, the onstage demo painted a stunning picture, showing just how much more “oomph” can be piped through the JBL Soundboost Speaker.

In addition to giving your jams a kick in the pants, it puts a kickstand on the Moto Z and gives it an extra 10 hours of battery life, to boot, thanks to its 1,000mAh of battery capacity. 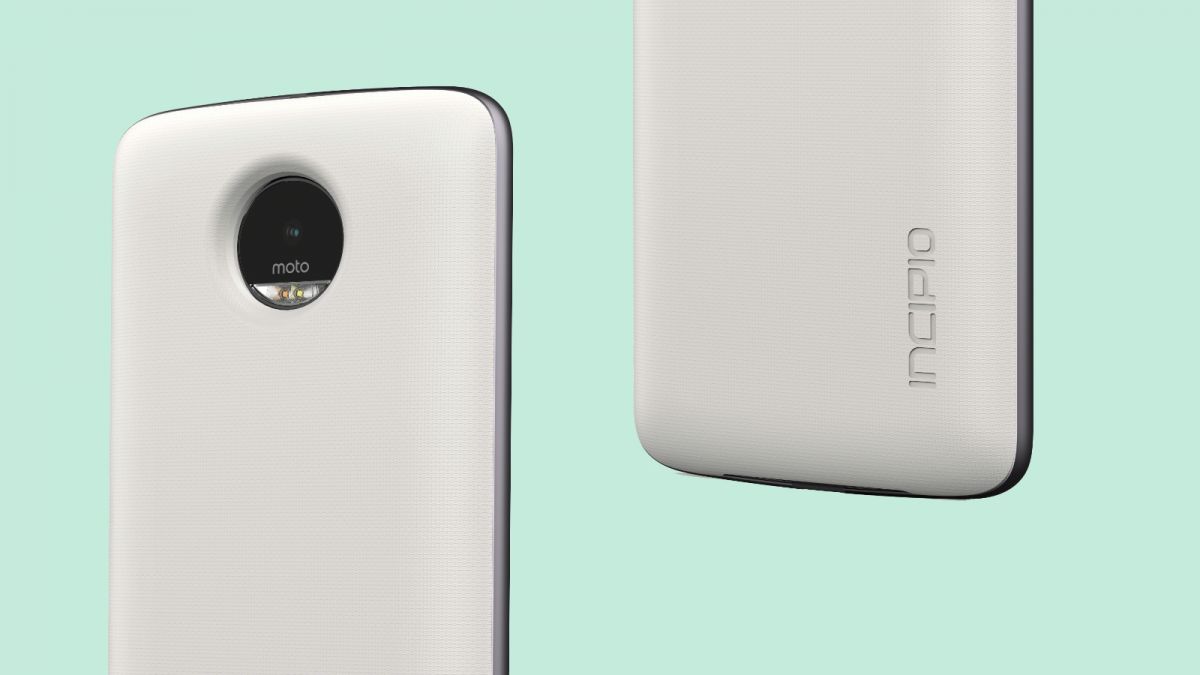 This one was a given: a MotoMod that increases battery life. Whereas a battery-boosting case might have previously been a bulky addition to any phone, the Incipio MotoMod looks to be surprisingly slim-fitting.

In addition to fitting the styling of Moto’s latest, it adds 2,220mAh of juice onto the already-stellar 2,600mAH battery of the Moto Z and the 3,500mAh capacity of the Moto Z Force.

Simply put, if you run out of battery with this MotoMod attached, it’s not to fault, you are.

Lenovo announced a one million dollar money pot promised to the developer who creates the next MotoMods killer app, a clear effort to get some hungry innovators to fluff up its modular offering. So, if you aren’t impressed with the current offering, stay tuned.