OnePlus 4 could have a new design and masses of power

It must be OnePlus season, because while the company is widely expected to launch a new handset tomorrow, likely dubbed the OnePlus 3T, we’re also hearing new rumors about the OnePlus 4 that suggest the phone will be a huge upgrade.

According to a Weibo leaker, the OnePlus 4 will have a 5.3-inch 2K AMOLED display, which would be a slight drop in size but a huge boost in resolution above the OnePlus 3’s 5.5-inch 1080p screen.

The mention of AMOLED is slightly surprising though, as OnePlus is rumored to be switching to LCD for the OnePlus 3T, due to AMOLED supply shortages – so it could be that this rumor is erroneous for the forthcoming handset.

While we don’t know exactly how powerful the 830, let alone the 835, will be, that’s a generational upgrade and should amount to a sizeable boost in power. 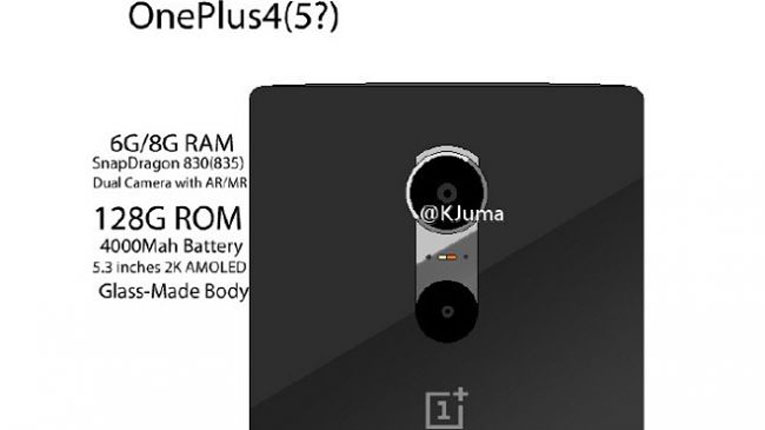 The phone will also apparently have a glass body in place of the OnePlus 3’s full metal jacket, a 4000mAh battery (up from 3000mAh in the OnePlus 3), a dual-lens camera with some sort of augmented reality and mixed reality functions, and 128GB of built in storage.

The details are accompanied by what seems to be a low-quality render of the phone, showing a black back and the aforementioned dual-lens snapper, but without the antenna band visible at the top of the OnePlus 3.

The leaker also notes that the phone could be called the OnePlus 5. There’s no reason given for skipping 4, but it could be because 4 is almost a homophone for ‘death’ in some Asian dialects, and is considered unlucky.

There’s a lot to take in here, but we’d take it all with a pinch of salt. The OnePlus 4 is likely still a long way off yet, and this is the first major leak surrounding it, with the usual lack of source for the specs.

Still, if this is accurate then the OnePlus 4 (or 5) could be one of the more powerful and interesting phones of 2017.